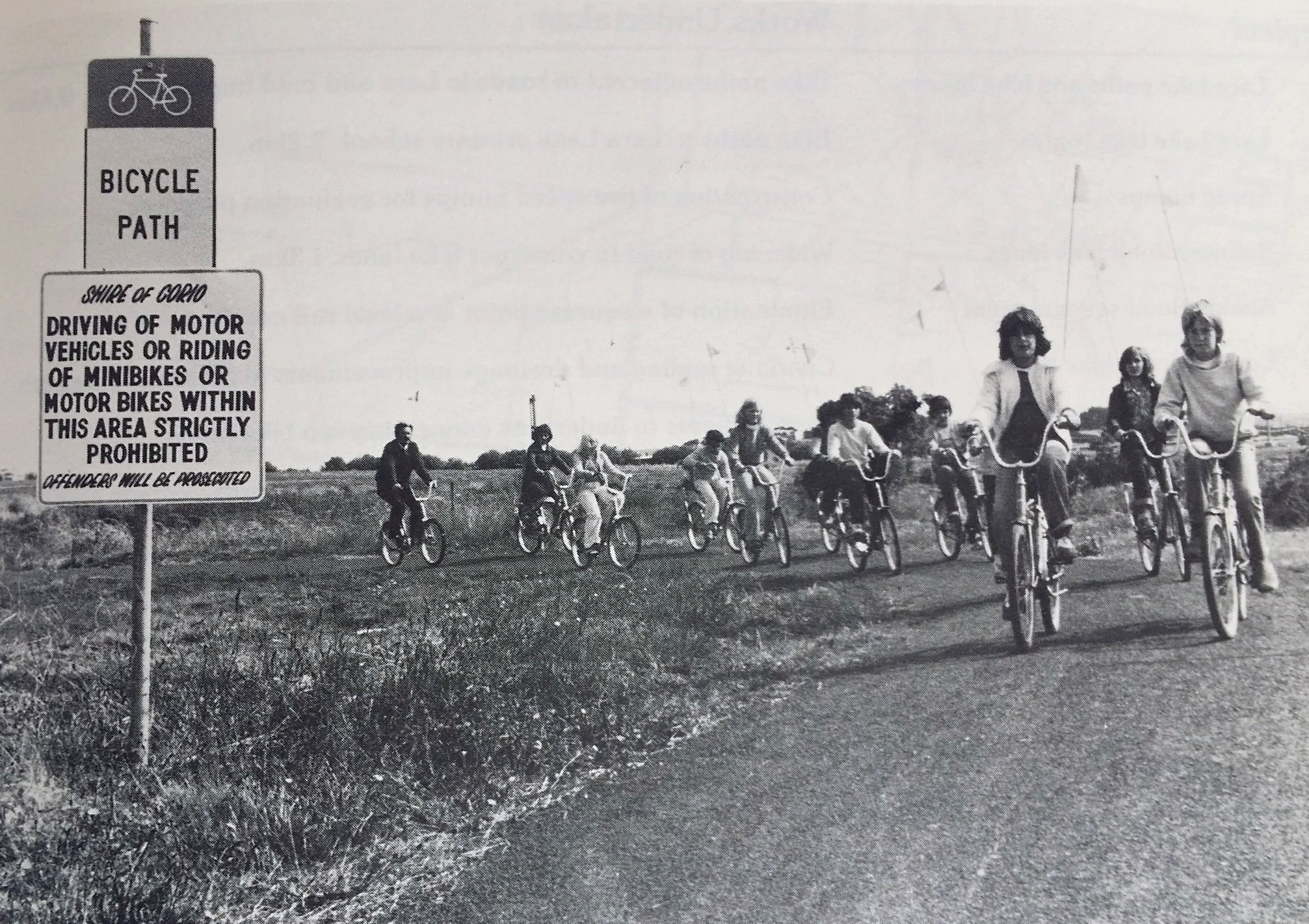 In 1977 efforts were made to improve cycling in Geelong with Australia’s first bike plan launched by Hubert Opperman.

The plan’s credo was that “every street is a cycling street” and was also widely recognised at the time as a model for bicycle planning.[1][2][3]

Below are just a few images that came out of the project at the time. All courtesy of the Geelong Heritage Centre which has a treasure trove of information about it.

The Geelong Bike Plan is also features in Rod Charles’s book the Whirr of many Wheels volume 3 which is available from Barwon Booksellers Geelong.