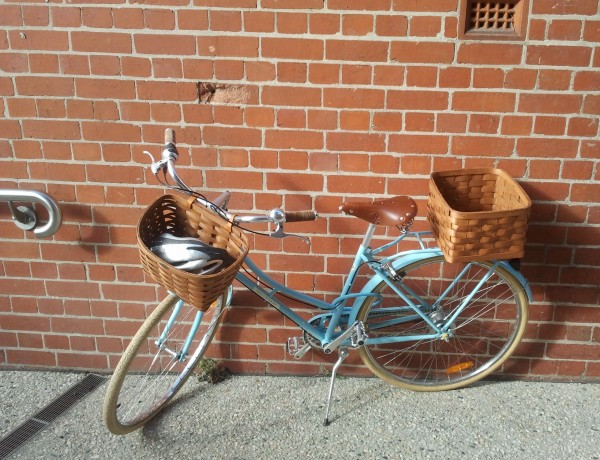 WOW… An all-star line up for the upcoming Cycling forum…

This just in from the organisers:

On Saturday June 15th Cycle Geelong will host a Geelong Cycling Forum: a public discussion about community bicycle transportation, covering aspects such as safety, infrastructure and networks in Geelong. This forum comes at a crucial time in the region with numerous transport strategies underway amongst very low commuter cycling. According to the latest census only one percent of Geelong’s citizens use their bikes to get to school or work.

Geelong Cycling Forum host Mik Aidt, a journalist from the cycling city of Copenhagen, Denmark, will speak with guests Barton van Laar of Bike Safe and Rod Charles, local cycling enthusiast. Special guests at Geelong Better Block for the day include Jason Roberts, cofounder The Better Block, USA; Tamsin O’Neil owner of the Australian cycling magazine ‘Treadlie’, as well as the ‘Green Magazine’; and our very own The Bicycle Show radio personalities, from The Pulse FM. The audience is invited to join the debate on cycling and Idea Bomb a cycling vision for Geelong.

The lack of continuous bike lanes in Geelong makes commuter cycling a hazardous and dangerous journey. In Copenhagen continuous and dedicated ‘Copenhagen bicycle lanes’ are used weekly by more than 50 percent of its citizens.

The Forum speakers will focus on how to normalise cycling in Geelong, ranging from community engagement and questions of critical mass to cycling infrastructure, regulation of vehicle speeds and traffic behavior. If we’d like to see change, then what could be the driver to create that change?

Read the rest at Geelong Residents get on their Bikes

The Geelong Cycling Forum will be held in Beav’s Bar, 77 Little Malop Street, at 1pm on Saturday June 15th as part of the Geelong Better Block, where community demonstrates changes they would like to see in our city.